The Birth and Expectations

So this may well be my last post before the birth, the due date was YESTERDAY! (still calm, still calm). No sign of the baby yet, even after a Jalfrezi and raspberry tea. So I thought I would write this time about the expectations of the birth, then afterwards I can sort of match them up and see if it happened like I thought it would! A bit like a game of bingo. So let's play... BIRTH BINGO!

Throughout the whole pregnancy, I think the birth has always been less on my mind than on Lucy’s. After all, I’m not the one who actually has to do it at the end. I have always said to Lucy that we will do it as a team, and I would be with her the whole time. But that doesn’t change the fact that the most pain I will be in will be her squashing my hand, whereas she will be the one going through the process that just this past week someone described to me as feeling like... LUCY SKIP TO THE NEXT PARAGRAPH NOW... like your hips are literally ripping apart. Ouch.

First of all when we found out we were pregnant, our thoughts were about the baby and the future and above all the excitement. The birth never really comes in to it as it’s such a far away time (9 months if you didn’t know), that’s almost a whole Formula 1 season. For me, I couldn’t see the bump yet and Lucy still looked the same, so it was hard to fully believe and get my head round, so I never really considered in depth what would happen. I just brushed it off as ‘the baby would be born somehow’. Lucy didn’t feel any changes at first, so again the birth seemed a distant though, something that would happen to our future selves. We discussed it, but more along the lines of “Oh yeah, and then there is the birth – eek!” And that was about it, why worry about something 9 months away?

As the pregnancy went on, we started discussing the birth more and what it would involve. We decided we would give birth naturally (aka via the vagina) rather than a caesarean (first time I wrote that down, needed a spell-check). I have nothing against caesareans, and if Lucy wanted one, then I would happily go along with it, again it’s not my bits being put through it all. But I think we felt we would do it the old fashioned way, as that’s been good enough for a few years now, so we’ll stick with that. We wanted an authentic an experience as possible (without giving birth onto some leaves in a cave like in old times).

So now he is almost here, looking back I think we both have thought about it more and more as time has gone on. As the bump has grown bigger, and we have got closer and closer to the due date, realisation has hit us. Shit the bed, we actually have to have a birth if we want a baby. The closer we get, the more real this seems. A stork isn’t going to deliver it by air mail like in Dumbo. Especially now we have gotten to the last month, Lucy is on maternity and I am quieter at work, so we don’t have much to do APART from think about the last hurdle to go until we meet the little man. We have done everything else we wanted to around the house (getting ready the Nursery HERE and getting all the other baby stuff HERE), so now it’s just waiting in anticipation. They say he will come when he comes, but as we haven’t received a schedule from him, I feel almost on tenterhooks about when it could be!

Probably not gonna happen this way: 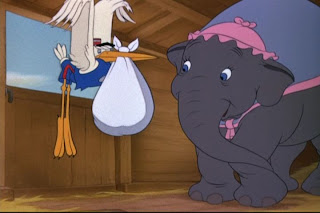 So when it finally begins I think it will be a relief, just to finally crack on with it and get Albump on his way in the world! A fellow blogger Lewis over at www.dadwhoblogs.co.uk nodded me towards a column he had written HERE for the very handy website www.whattoexpect.co.uk the other day, with some good advice for parenting. 4 letters -  J.F.D.I. Just Fucking Do It. I think I will remember them when the birth starts. I know we can’t stop it, and it has to be done, so let’s get on with it! Just fucking do it!

So what will happen when labour starts? I initially based my expectations on TV. On TV the birth begins when the waters break and dramatic music starts, normally during the course of an announcement of an affair, or an explosion (the shockwaves shake the water up), or a zombie apocalypse begins. I’m not expecting any of these anytime soon (zombie apocalypse predicted 2019), so I am not sure how this will happen, I really don’t. I have found out that the waters don’t even always break! So I really don’t know how it will begin, all I can think of at the moment is just receiving a call from Lucy and then the rollercoaster starts! I can't envisage where or when it will begin, just that bum-clenching phone call in the middle of the day. Really I think half of me is still expecting the pregnancy to go on forever (will there EVER be a birth?) and the other half is expecting him to be 2 weeks overdue and then we’ll have some sort of induction/inducement (I wasn’t sure of the right term – induction sounds like the first day of an new job, which I suppose fatherhood is really!)

Then I imagine us going to hospital, coming home, going back again and so on. Everyone has said pregnancies are always different, but I am expecting it to be a long process, that seems a constant. One of the things you see on TV is that births always seem to be over quite quickly, the water break, there's some shouting and swearing, a pinch of crying, the father's car breaks down in the way, he just makes it in time, nearly faints and then WHAM BAM AND MEET YOUR MAM. So just like that it happens and your'e not waiting around for 3 days breathing deeply and bouncing on a ball. I am expecting lots of waiting and to be honest, a bit of boredom. We will have our kindles to keep us occupied. I'll bring an iPod with speakers to play the dramatic music. (Probably Beethoven's Fifth)

So the birth begins, what then? Eventually we'll probably get to pushing. I think I will feel like a bit of a third wheel and a bit redundant. I want to be able to help Lucy and I know I can’t with the pushing. All I can do is be there for support by her side the whole time. There will be excitement and boredom, but I will also be pretty scared that something will happen and loads of people will rush in and whisk Lucy away, and I’ll just be there with nobody explaining it to me. I know it’s a possibility, and I would rather a doctor be with Lucy than spending time explaining stuff to me, but I also have a lot of hope that Lucy and the baby will be fine through it all and it goes smoothly.

As we all know (at least I hope so), giving birth can be painful. We aren’t natural enough to say NO to drugs (a la Grange Hill). Crack in the playground, well yes, that’s bad, definitely say no. But epidurals, sure why not! If you have a headache then you take paracetemol, so why not if you know giving birth will hurt? Again, I don’t have anything against a natural birth with no drugs, but for me, if you can make it a bit easier then why wouldn’t you? I am NOT looking forward to seeing the woman I love in so much pain, so any pain relief is a good thing for me as well.

Which brings me onto Gas and Air (what I will refer to as G&A) They have it on tap at the hospital! The midwife said the fathers aren’t supposed to have any, but they all know we do anyway. Which to my mind is basically them just secretly letting us know that we can, as long as nobody is in the room. Fair game. I'll have a G&A please barman!

So at the birth I am expecting to be emotional. Everyone says how much this affects you and they can’t describe the emotions, so I am not sure what to expect here really, apart from it being bloody emotional. They have said I can cut the cord, which first of all I wasn’t sure I wanted to do. Sounds a bit squidgy, and I thought it might put me off using scissors for the rest of my life, but now I think I will as I would like to start off that bond with Albert straight away. It’s a bit like a grand opening, cutting the red ribbon and opening the rest of your life. Anyway, wielding scissors through a mist of tears in such an emotional state may not be wise. Good job we will be in the hospital. 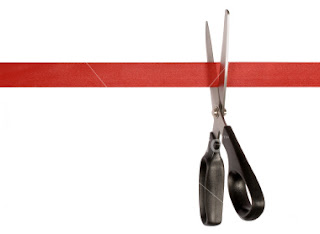 Lucy said as well that she wanted her mum at the birth, so she will be the second birth partner. I said ‘Good, we need to have an adult present in case we need to make decisions’, so I am glad someone else is there who has been through it before and can describe things in layman’s terms to me. I am also really really glad my mum will be there as well, I am hoping she will wait in the corridor outside the whole time so I can nip out and see her for support as and when I need it.  At the biggest event of my life I am glad I can have the 2 most important people to me, my wife and my mum. Everyone needs their mum sometimes! I am glad Albert will have Lucy there to guide him through the process.

So to sum up, what am I expecting?

After the birth, when I have some free time I will write another post about what it is actually like and see how many points I scored.

So... 1 day overdue and still no sign of Albump (still calm, still calm). When will he make his appearance??