So a few weekends ago, we had a treat lined up for Albert, his first ever professional photo shoot! We have had a few offers already, mainly Heat, Vogue, TV Quick etc to do shoots, but as a lovely present from Albert’s cousin Vicky, we had a shoot all lined up for us with the very brilliant Barney Warner Photography. As Barney did our Wedding photos last year, he is our newly crowned family photographer of choice, so we were more than happy for him to work his snap-happy magic with Albert. And as a milestone, I thought I would detail it a bit here!

As a special treat for you all, you can WIN your own free photo-shoot with Barney in the Surrey/Sussex area, for a family up to 5 people, with images worth up to £230, find out how below. 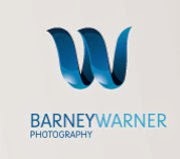 So, we were very much looking forward to some professional shots being done of the little man. So far we have taken around 300,000 photos of him in every conceivable pose (Facebook had to add new servers just for our storage!), but all done on our iPhones, and although pretty-good quality, we do have some lighting and focus issues sometimes. Anyone doing a selfie with the iPhone inverted-camera knows what I mean. We wanted some really nice high-res, nicely framed shots with the baby-sick photoshopped out, so we can use them for picture frames and canvases and desktop wallpapers.

Some of the best I can manage by myself (with the cat in as well): 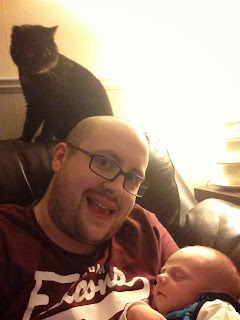 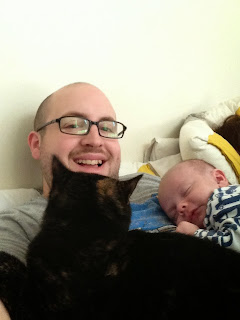 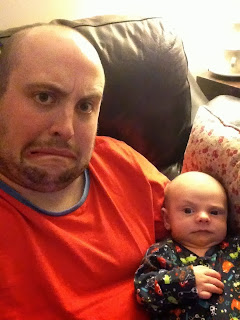 As I had mentioned above, Barney and his lovely wife Emma had previously done some pictures for us. They were with us at our wedding, taking photos for us all day, so we were already familiar with his formidable DSLR skills. We were really happy to have someone we knew take pictures of the little guy. (If you would like to see some of our wedding photos, then check out my wife’s blogpost HERE at Mrs Bishop's Bakes and Banter)

We arrived on the morning of the shoot, with Albert all washed and ready to go, fully manicured and pampered and smelling all nice (you can read about what happens during The Saga Of The Wash HERE). He was pretty excited for the shoot as well, I could tell as he hadn’t puked down himself all morning and that’s pretty good for him.

There was a really calm atmosphere when we got inside. Barney and Emma were really professional and chatty and looked after us, catching up since the wedding, and it made us feel really chilled, and so in turn Albert was really chilled as well. He behaved like a proper model baby almost all the time, we didn’t have any tears or tantrums, and he was quite content to mostly sit still and gaze into the middle distance doing Blue Steel like Zoolander. He is a right poser, luckily he kept his wriggling to a minimum like the pro he is. 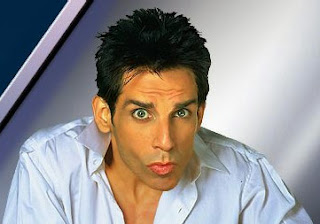 We were told to bring a few of our favourite outfits for him, which was pretty hard as he has more clothes than I do, and almost every single piece of baby clothing is cute (one of the things that helps make up one of a baby’s main 5 pastimes, as you can read HERE). I am going to write a future post on baby clothes, because not only can you get normal adult clothes that have been shrunk down to fit a baby, but you can also get any number of specific baby clothes, made just for them, that would frankly be ridiculous if an adult wore. Being a baby is like Halloween or a Stag-do every day, you can wear any clothes/costume you like and people think it’s normal.

We eventually decided on a Superman costume (sans cape), a few of our favourite baby grows, and a Flatcap (he is named Albert after all, Flatcaps are coming back into fashion!) We also have some brilliant socks that look just like Converse, a lot easier to get on than normal baby shoes.
There was a really good setup at the shoot, it was all done in a conservatory/studio out back, and the camera was connected to a Mac and TV so we could see the shots straight away as soon as they were taken. There were those big square lamps that photographers use to light the area (I always wanted one as I thought they would be good for doing shadow puppets or re-enacting CSI). There were a few props as well so we could put Albert in different positions for maximum cuteness.

Albert mid-pose at the shoot: 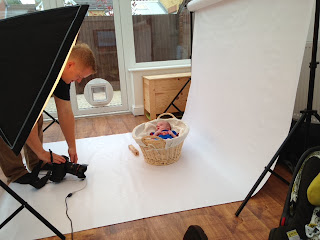 People say ‘Never work with animals or children’ which I can understand. You can be as professional as possible but if a baby wants to poo then they will poo, it can’t be helped. And Albert, being the baby he is, did a most un-professional poo right in the middle of the shoot. As we stopped to change him, I experienced a first for us (but I’m sure not a last). We had the nappy off, and had just finished cleaning up when it began. I swear I could see the coffee in my mug rippling like in Jurassic Park. Everything went in slow motion as we dived to cover it up, NOOOOOOOOOOO... and then Mount Vesuvius erupted out of my baby’s bum. It was like a poo cannon, blasted out all over Lucy’s hand and up her arm. Hence the new nickname for Albert we have, Volcano Bum. Ah our first ever Explosive Poo, what a pro he is.

Luckily there were no T-Rexes in site, that would have probably ruined the shoot. Or made it 200% more awesome, hard to say. 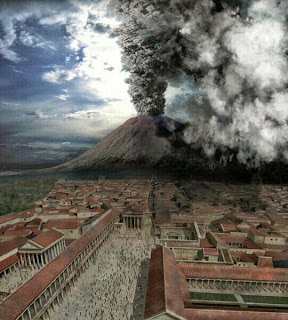 Apparently this was a first for Barney and Emma as well, they have never had a baby stop proceedings in such a smelly apocalyptic way. But apart from what is now known as ‘The Great Poo Incident of September 2013’, Albert was a model... model, and they handled the Toxic Waste spill in their home very well.

So here are some of my favourite photo’s below of Albert’s big shoot. Thank you Vicky, Barney and Emma. 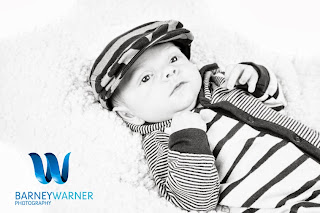 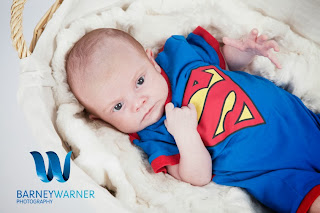 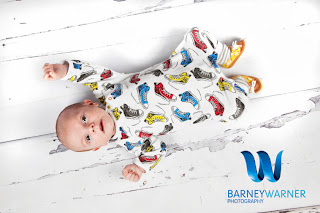 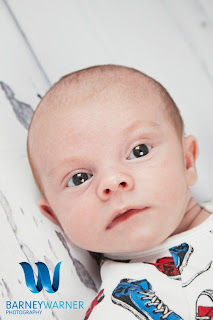 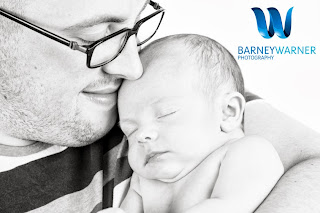 We had a great time getting his photo’s done, Barney and Emma were really professional throughout and I would thoroughly recommend them to anyone looking for Wedding/Baby/any occasion that needs photos done. They are in the Surrey/Sussex area, you can find him on Facebook HERE, Twitter @barneypics HERE and his website HERE.

As mentioned above, if you would like to WIN a competition to have a photo shoot with Barney for a family of up to 5 people, with images worth up to £230, in the Sussex/Surrey area, then you can enter over at my wife's blog, Mrs Bishop's Bakes and Banter, just follow the link, and good luck!

Anyone else had any funny baby-photography experiences?
Posted by Liam Bishop at 13:27