Recently my lovely wife over at Mrs Bishop's Bakes and Banter did a #shelfie for Tots100 and Victoria Plumb. A Shelfie is like a Selfie, but with more shelves and less faces, so I thought I would do one as well - as who doesnt love a shelf right? Technically her shelfie is kind of my shelfie as we live in the same house and share everything (marriage and all that etc), but as I have my own Man-Cave in a dark closed away part of our house, I thought I would do one of my own, and give you a glimpse of my own style.

Tots100 is teaming up with Victoria Plumb to invite you to share your shelfie photos with them on Twitter and Instagram – and the best entries will win up to £500 in vouchers to spend on the High Street. What have you got to lose?

So here we go! Behold my Man-Cave shelf #shelfie 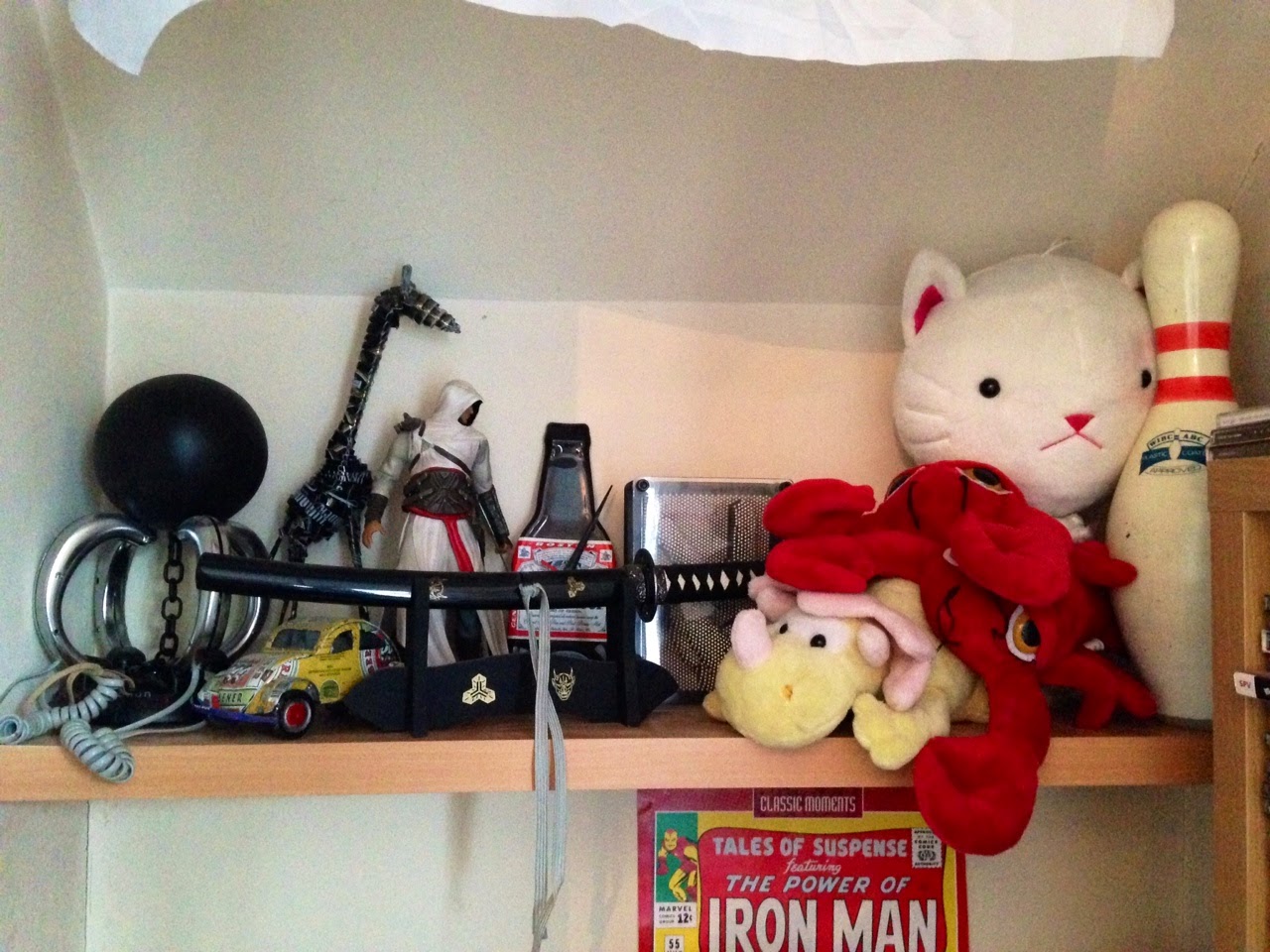 My shelf items include, from left to right:

A ball and chain:
This is left over from my stag do before I got married. I woke up in the morning with it connected to my wrist via a rubber band, and I don’t remember much else from that night other than whirling it around in a bingo hall, so thats how rock and roll we are. I decided to a) keep it for the memory, or b) put it in the cupboard out the way and its been there ever since.

An electric shock drinking game:
Only used once or twice, it hurts and I don’t like being electrocuted.

A giraffe sculpture made out of old beer cans:
My aunt brought me this as a present one year for my birthday. I can't imagine why, I don’t even drink. I do have an affinity with giraffes though so maybe that's why.

A car also made out of beer cans:
Same as the above. An Assassins Creed figurine:
This was part of the special edition of the first Assassins Creed computer game which came out quite a few years ago now. It’s always been on my shelf somewhere.

A real life ninja sword:
Some good friends brought this for my years ago now, it’s an ornamental thing and not sharp. I wouldn’t ever use it in real life for chopping onions, but I like the style of it.

A flattened glass bottle of Budweiser made into a clock:
I love clocks and beer, this is a good combo!

A thing with pins that you make shapes into:
I really don’t know what one of these is called? You know what it is to look at it though. The pins are always cold, it’s a good way to cool down on a hot day. Otherwise you make 3 faces in it and immediately realised you wasted your money buying one.

A soft toy dinosaur:
It’s called Howie, I won it at Alton Towers a few years ago.

2 soft toy lobsters:
Called Lobbie and Claude. I also won these at Alton Towers and kept them, I couldn’t bring myself to make Thermidor or Bisque. 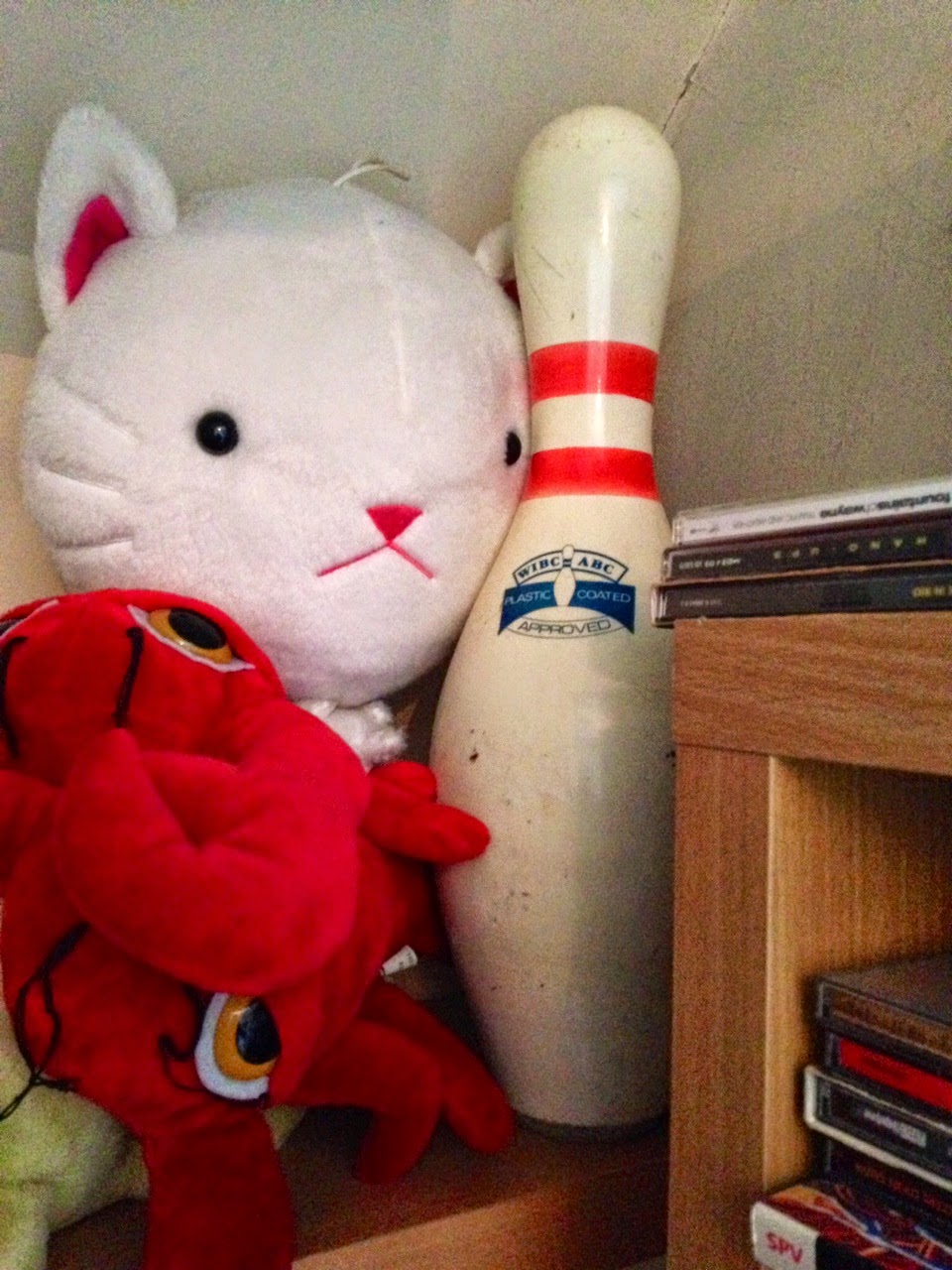 A cat-face toy:
From the Weebls cartoon, a soft toy version. It just turned up in the post at my house one day, I am not sure why. Either I ordered it when drunk one night and forgot, or someone brought it as a present for me and never told me. I like it though even though it’s a bit creepy.

A bowling pin:
My friend Pesto used to work at a bowling alley, so I have a bowling pin. Why? That a is a good question, and there is a great story behind it!... ... ... Moving on.

And finally above my shelf is a flag I got from an NFL game I went to at Wembley one year. I blu-tacked it up the wrong way round a few years ago now, and one day I shall take it down and put it up the right way. One day... 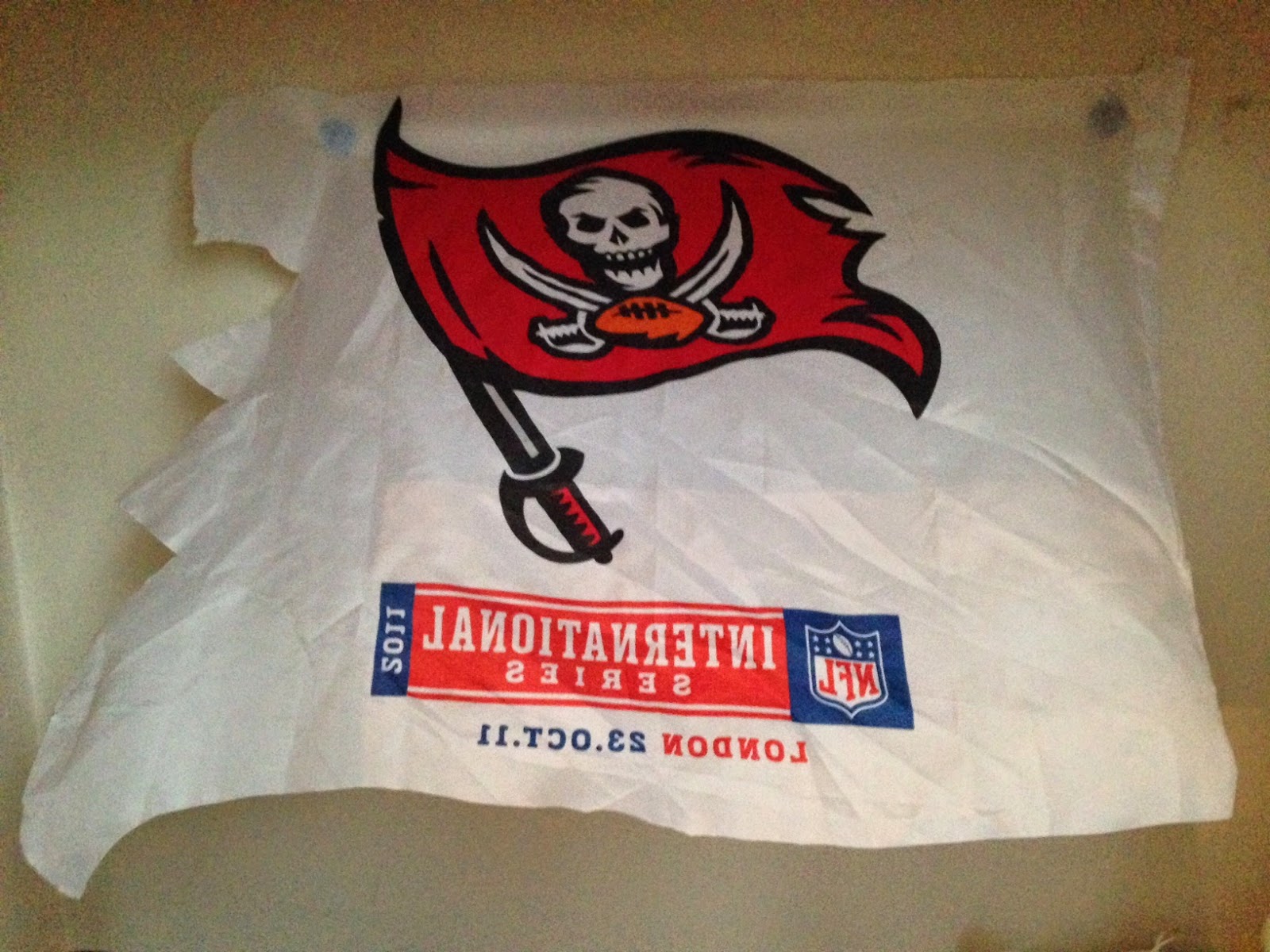 That’s about it for my shelf. As you could guess, my shelf has a lot of old memories on it so it’s more of a nostalgia shelf rather than a current in use one. But I like seeing it whenever I open up my man-cave to get something.

So what do you think of my ‘style’? I used the word style very loosely here.

Also as part of this whole shelfie business you can head over to Victoria Plumb and do the Victoria Plumb Great British Home Quiz and maybe win £250.

I did the quiz and my celebrity style is Mr Glamorous! Anyone who knows me knows how glamorous I can be. The quiz says my style is most like Joey Essex or Same Faiers from TOWIE. Since I don’t really know who these people are, I am guessing they are probably quite stylish? Let me know.

“Everything about you screams glamour; you always look photo-ready, whether you are working out, shopping in designer boutiques or snuggled up at home in your designer onesie. You crave home comforts that make a statement - a faux fur blanket, embellished cushions and lots of crushed velvet. You use neutral shades mixed with metallic. Pride of place are family portraits, kitchen gadgets and the keys to your Range Rover.”

They got that right, I love kitchen gadgets!

Good luck if you enter! Show me some of your shelfies if you have shelves in your home. If you don’t, then take a picture of your cat or something, I don't know, whatever. Everyone loves funny cat pictures. Here is mine in a baby bib. 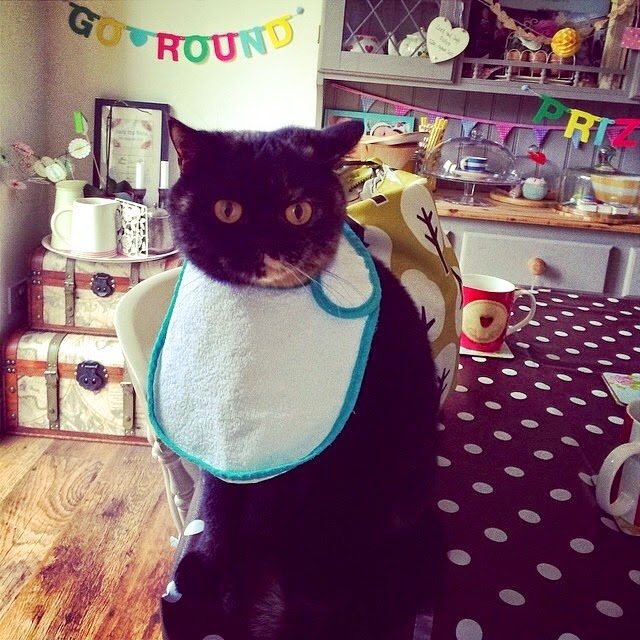 This post is my entry into the TOTS100 and Victoria Plumb #shelfie competition.
Posted by Liam Bishop at 03:11