As it is Father’s Day coming up I thought I would do a post on my Top 5 TV Dads! Television is a hugely popular media, where else can you see a whole range of great day-to-day dad-behaviour?


Over the years I’ve watched A LOT of TV, so it must have sub-consciously affected my behaviour as a dad. I must have seen many on screen dads, and I must have taken some of that in myself and affect how I am as a dad. So when I saw that Currys PC World were looking for bloggers to list their Top TV dads, what better way to do my own small tribute to them? 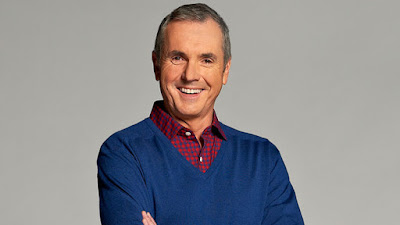 TV Show: Neighbours
Active from: 1987-2015
Played by: Alan Fletcher
Occupation: Doctor (at least he was the last time I watched it, knowing Soaps – he could be anything by now)
Dad to: Mal, Libby, Billy, countless other orphans/step-children/foster kids.

Classic Karl quote: “Of course you can stay here”

Karl is one of longest running dads on TV that I have personally watched. Whenever I think of a stereotypical dad on TV he comes to mind! I always think of him as a good dad, not just to his own children, but because of the many many many other youngsters he has been a father figure to as well over the many years on the show. Him and Susan were always willing to take in anyone and look after them. It’s a dream of many a neighbours fan to go to Australia and meet Karl on the filming set of Neighbours, and get some sage fatherly advice from him! (I’ve been informed the actor Alan Fletcher is very nice as well!) 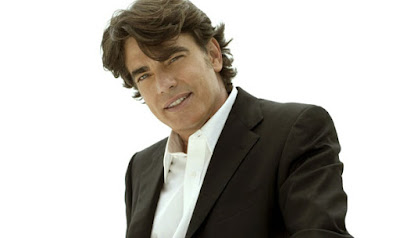 Classic Sandy quote: “If you can't tell your dad, who can you tell?”

I loved watching The OC when I was younger, and Sandy always seemed like the nicest man on the show. Another dad to not only love his own child, but willing to take in and adopt another youngster who needed his help, and always give advice and be kind to all the other teenagers on the show. Funny and likable, but also stern and fair when he needed to be, he is a great example of an on-screen dad. I like how he is always willing to have a sensible discussion with his kids on things and try to see and understand their views/opinions. 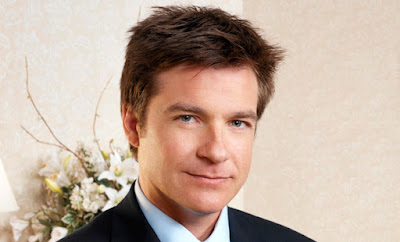 One of the funniest shows in recent times, Michael (played by Hollywood star Jason Bateman) is the main character and dad to George-Michael (not that one). One of the main themes of the show is Michael dealing with his dysfunctional family, much to the detriment of his mental health, who in the first episode he decides to stay around on the behalf of his son, who he wants to grow up with a family – as he believes family is important for a young boy. He spends much of the series working hard to make a better living for him, but always has time to spend with his son and be a good father figure. He does seem to spend most of the show also being a father figure to the rest of his family members, who all need looking after as well! 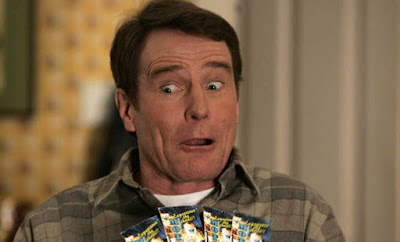 TV Show: Malcolm in the Middle
Active from: 2000-2006
Played by: Bryan Cranston
Occupation: I can’t recall, something in an office!
Dad to: Francis, Reese, Malcolm, Dewey, Jamie.


Classic Hal quote: “Malcolm is special? Where do you think that came from?”

A pre-Breaking Bad Bryan Cranston made his name in this comedy, where he plays a dad to 4 boys (later on 5). Ouch! Although he was the dad of the family, he was every bit as mischievous and jovial as the boys were, and is more one of them than an authority figure! (The mum Lois was always in charge!). I always remember him being a great dad as he was always able to laugh/cry/play with all his boys, and take part in all their schemes, but then be serious when he finally needed to be. He always reminds me that being a dad is being a dad, but you can be a fun dad at the same time! 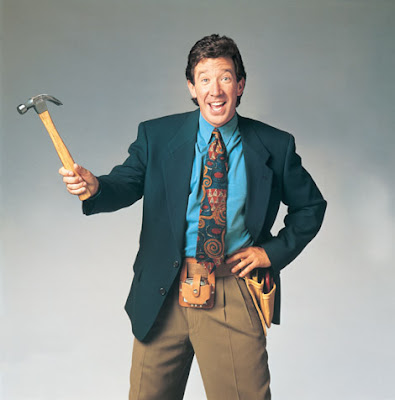 Another Hollywood Actor, Tim Allen plays the conveniently named Tim ‘The Tool Man’ Taylor, a dad who has his own DIY TV show. He has 3 boys, and throughout the show he is always spending time with them working on crazy schemes that involve his terrible building skills - he always has time to spend with his children trying to help them out. What I like about Tim being a dad, is that he always goes to his neighbour Wilson (himself a great father figure) for advice, even though he doesn’t always admit it! Ultimately he wants the best for his kids and has inspired me to have my own ongoing DIY projects with my son we can work on together when he is older.
Posted by Liam Bishop at 07:32